The City of Ember (The First Book of Ember)

A modern-day classic. This highly acclaimed adventure series about two friends desperate to save their doomed city has captivated kids and teachers alike for almost fifteen years and has sold over 3.5 MILLION copies!   The city of Ember was built as a last refuge for the human race. Two hundred years later, the great

A modern-day classic. This highly acclaimed adventure series about two friends desperate to save their doomed city has captivated kids and teachers alike for almost fifteen years and has sold over 3.5 MILLION copies!

The city of Ember was built as a last refuge for the human race. Two hundred years later, the great lamps that light the city are beginning to flicker. When Lina finds part of an ancient message, she’s sure it holds a secret that will save the city. She and her friend Doon must race to figure out the clues before the lights go out on Ember forever!

“While Ember is colorless and dark, the book itself is rich with description.” —VOYA, Starred

“A harrowing journey into the unknown, and cryptic messages for readers to decipher.” —Kirkus Reviews, StarredIt is always night in the city of Ember. But there is no moon, no stars. The only light during the regular twelve hours of “day” comes from floodlamps that cast a yellowish glow over the streets of the city. Beyond are the pitch-black Unknown Regions, which no one has ever explored because an understanding of fire and electricity has been lost, and with it the idea of a Moveable Light. “Besides,” they tell each other, “there is nowhere but here” Among the many other things the people of Ember have forgotten is their past and a direction for their future. For 250 years they have lived pleasantly, because there has been plenty of everything in the vast storerooms. But now there are more and more empty shelves–and more and more times when the lights flicker and go out, leaving them in terrifying blackness for long minutes. What will happen when the generator finally fails?

Twelve-year-old Doon Harrow and Lina Mayfleet seem to be the only people who are worried. They have just been assigned their life jobs–Lina as a messenger, which leads her to knowledge of some unsettling secrets, and Doon as a Pipeworker, repairing the plumbing in the tunnels under the city where a river roars through the darkness. But when Lina finds a very old paper with enigmatic “Instructions for Egress,” they use the advantages of their jobs to begin to puzzle out the frightening and dangerous way to the city of light of which Lina has dreamed. As they set out on their mission, the haunting setting and breathless action of this stunning first novel will have teens clamoring for a sequel. (Ages 10 to 14) –Patty Campbell City of Ember is now a major motion picture (releasing in October 2008) starring Bill Murray, Tim Robbins, Martin Landau, and many more. Enjoy these images from the film, and click the thumbnails to see a larger image in a new browser window. 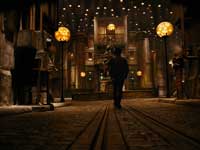 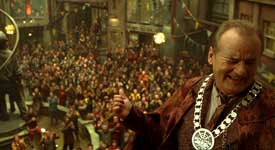 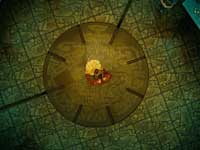